GUARDIANSHIP OF AN ELDER

With the decision on placing under guardianship, the guardianship authority appoints a guardian and decides on where the ward is going to live. This decision also contain a care plan. 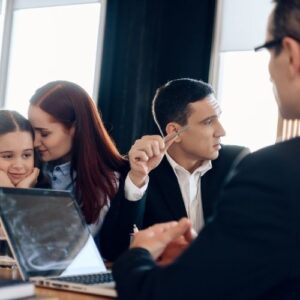 There are two different types of guardianship:

The following persons must be placed under guardianship:

On the other hand, an adult is placed under guardianship if, either due to illness or due to level of psycho-physical development, his actions directly endanger his own rights and interests or the rights and interests of other persons. An adult need a guardian in that situation because he is incapable to take care of himself.

Ko Who can be a guardian?

In order for a guardianship authority to appoint a person as a guardian, that person must have the personal qualities and abilities which are necessary to perform the duties of a guardian. Also, he must agree to be a guardian.

The guardianship authority may even decide not to appoint a guardian for the person under guardianship, but to perform the duty of guardian directly. Also, it is important to emphasize that a child, as a minor ward, has the right to propose a person who will be appointed as his guardian, but only if he has reached the age of 10 and if he is capable of reasoning.
One person can be the guardian of several wards, but only if he agrees to that and if it is in the interest of the wards. For example, if minor children are left without parents in a car accident, and they have a grandfather who fulfills all the conditions to be appointed as a guardian, it is in not in the interest of the children to be separated, so the best solution in this situation is to appoint the grandfather as guardian for both children.

The guardianship authority is obliged to appoint a temporary guardian:

Also, the guardianship authority has the possibility, but not the obligation, to appoint a temporary guardian to the ward, as well as to the child under parental care or a legally capable person, if it is necessary for temporary protection of the person, or his rights or interests.

Who can’t be a guardian?

The following persons cannot be appointed as guardians:

What are the responsibilities of the guardian?

Taking care of the personality of the ward

This obligation of the guardian implies that he must take care that care, upbringing and education of the minor ward, as soon as possible, train ward for independent living, i.e. enables the ward to take care of himself independently.

In the case of an adult ward, the guardian is obliged to take care to eliminate the reasons for which the ward was deprived of legal capacity, in order to enable him to live independently as soon as possible.

Certainly, the guardian is obliged to visit the ward and to be directly informed about the conditions in which he lives.

Obtaining funds for the ward’s subsistence

The guardian obtains funds for the subsistence of the ward from various sources, like ward’s income, funds obtained from persons who are legally obliged to support the ward, the ward’s property, social protection funds, as well as other sources.

The guardian is obliged to take all necessary measures in order to obtain funds for these purposes.

Management and disposal of the ward’s property

The guardian manages and disposes only of the property of the ward that the ward did not acquire through work.

We emphasize that the principal of the ward’s property can be used only to support him or to satisfy some other important interest of the ward, while income from the ward’s property can be used to cover eligible costs incurred during guardianship and payment of a reward to the guardian, but only with the prior consent of the guardianship authority.

Other obligations of guardian

What rights does the guardian have?

The guardian has the following rights:

The guardian has right for compensation only for eligible expenses incurred during the performance of guardianship activities.
Certainly, the reimbursement of expenses, as well as the reward, is paid to the guardian primarily from the ward’s income, unless this jeopardizes the ward’s support.

Can a guardian be dismissed?

The guardianship authority is obliged to dismiss the guardian in the following situations and deadlines:

When does guardianship end?

Termination of guardianship terminates all rights and duties of the guardian.
Guardianship must end in the following situations prescribed by law:

Attorney at Law, Aleksandar Pavleski has been in live program on TV Prva Srpska televizija and he has talked about alimony issues in Serbia.

Surrogacy is not a new phenomenon, and some forms of this procedure can be found in ancient civilizations. For example, in ancient Rome, there was a practice of “ventrem locare”, which resembled today’s surrogacy. It meant that a man who had a woman who had no fertility problems could temporarily “hand her over” to another man whose wife was infertile or had stillborn children.

Parental right is a set of powers that parents have in relation to the child, i.e., about the right and duty of parents to take care of the child, which includes custody, upbringing, education, representation of the child, child support and management and disposal of the child’s property.